F1total.ca was born in March 2021 with a clear mission: offer great Formula One content with a Canadian angle. For old and new fans, casuals and experts, we’ll deliver the latest news and in-depth analysis about motorsport’s highest series.

In 2021, Canadian drivers Lance Stroll and Nicholas Latifi will race in their fifth and second seasons, respectively. That’s 10% of the current grid. The percentage also works for the teams, as Aston Martin Cognizant Formula One™ Team is Canadian-owned.

Canada has been at the forefront of Formula One, and its motorsport fans deserved a local F1 news website with a clear focus. F1 and Canada are in our name for a reason.

Based in Toronto, Ontario, and from São Paulo, Brazil, Yuri Coghe (@YuriCoghe) obtained his Journalism diploma in 2016, moving to Canada in 2020 to specialize in Sports. Over the years, he’s held positions as a print and online reporter for publications in Brazil, where he also worked as a Public Relations consultant for an award-winning international agency. In Canada, other than creating and managing F1total.ca, Coghe also had stories published on CBC Sports, the Toronto Observer and the Canadian Baseball Network. More importantly, he’s a deeply devoted Formula One fan. 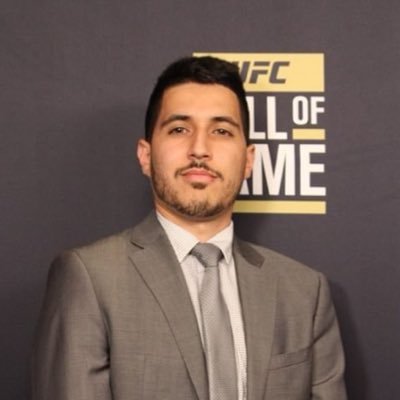 Born in Toronto, Ontario, Marcus Rebelo (@marcusrebelo94) attended York University for his undergraduate degree before he completed his postgraduate studies in sports journalism at Centennial College. His first Formula 1 memories were of Michael Schumacher dominating the sport with Ferrari. In addition to F1total.ca, Rebelo works as an associate producer with CBC Sports and has covered many events both domestic and international that include IndyCar, UFC and the 2019 World Para Swimming Championships in London, England.

Born in Nairobi, Kenya, Olivia Kairu (@KairuOlivia) is a Communications and Political Science student at The University of Toronto and a writer for F1total.ca. F1 has been a huge part of her life since she began to take interest in the sport from a young age. Daniel Ricciardo’s 2018 win in Monaco drove her towards exploring the world of sports journalism and communications.

Born in Edmonton, Alberta, Bowen Assman (@B0B0Assman) went to StFX University in Nova Scotia for his undergrad business degree before coming to Toronto in 2020 to obtain his Sports Journalism diploma. An avid basketball, cycling and tennis junkie, his love for F1 was passed down from his father who liked Fernando Alonso and hated Michael Schumacher’s dominance. He is also a Valterri Bottas apologist and looks forward to him claiming the 2021 title. In addition to F1total.ca, Bowen works with a basketball coaching company and has produced numerous video works in a variety of sports.

Born and raised in São Paulo, Brazil, Jonas Souza has loved Formula 1 practically since he was born. A Journalism graduate, he has worked as a sports and entertainment reporter, and in PR and advertising agencies. In addition to writing for F1total.ca, he is responsible for the communication department of an animation channel in Brazil and talks about F1 (in Portuguese) on the Podiumcast podcast.

Do you want to contribute to the F1total.ca project as a writer? That’s awesome! Write to f1totalcanada@gmail.com telling us more about yourself and we’ll reach back.